So. Jason and I were talking about a friend who has lost like 50 pounds in a year, who says it's because he cut out sugar, bread, rice, and I forget what-all-else.

So. I mentioned that a lot of the CrossFit people recommend a paleo diet, which I thought was something like that: all meat and vegetables, a little fruit, and no refined anything, including flour and anything made with it.

So. Then I read in National Geographic what a REAL paleo, or prehistoric, diet might be like. And part of the article is online, if you want to read it.

So. Turns out there are a LOT of "paleo" diets some of which are still being eaten by real human beings in our times.

So. Here's another article, for those people who think you should only eat raw food, saying that what makes us human is ... wait for it ... the fact that we cook our food.

So. Back to the original idea: I do know that for myself when I cut sugar out completely (but still eating bread, cereal, etc.), I have been at my healthiest and leanest weight. And I'm working on getting there, again...

I started this great program on Saturday, July 26. Foot Traffic University is run by the Portland area Foot Traffic stores. There are several classes, starting at different times throughout the year and with training regimens designed for various goals.

I'm in the Session Two Half-Marathon class, a five-month program running through December 14.

At the first class, we got all the starting-up info, walked over to the Sellwood Park, did some dynamic stretches, and then jogged two miles.

(I mean, other people jogged two miles. I was still coughing and hacking from the worst summer cold I've had since 2013:), so I just walked back to the store where I bought a great pair of running shoes for half price. Are these people smart, or what?!? Having classes in their stores where you can see all the great products and take advantage of the great deals, even greater because you get a 10% discount from being an FTU member!)

I missed the second class, on Aug. 2, since I was running in the Crawford Crawl. (Yes, I know I'm doing it backwards: training for a half-marathon for 5 months after running my third one....Oh, well, you've gotta start sometime, right?)

I'll miss the Sept. 13 class, too, because I'll be biking in Ride Around the Sound.

But I'll be going to every class I can from now through the end of the session. The "recommended goal" for the session is the Holiday Half Marathon on December 14, but I won't be running in that because it's on a Sunday. I'll be choosing another goal to work towards.

Meanwhile, the Foot Traffic people send me two email messages every week with training goals and suggestions for that week, and every Saturday session also has some running and/or fitness expert talking about, and demonstrating, some aspect of fitness.

From the FTU Web site, I learned that we'll be training with the "SMART" goals method.  The site says SMART goals are:

Which totally makes sense, doesn't it.  Anyway, I'll be writing more about this as the session continues.

Well, I did it. I did not improve my time today. But at least I finished this crawl. For me, and for a lot of others, it was not so much a race as a test of endurance in the heat and humidity. 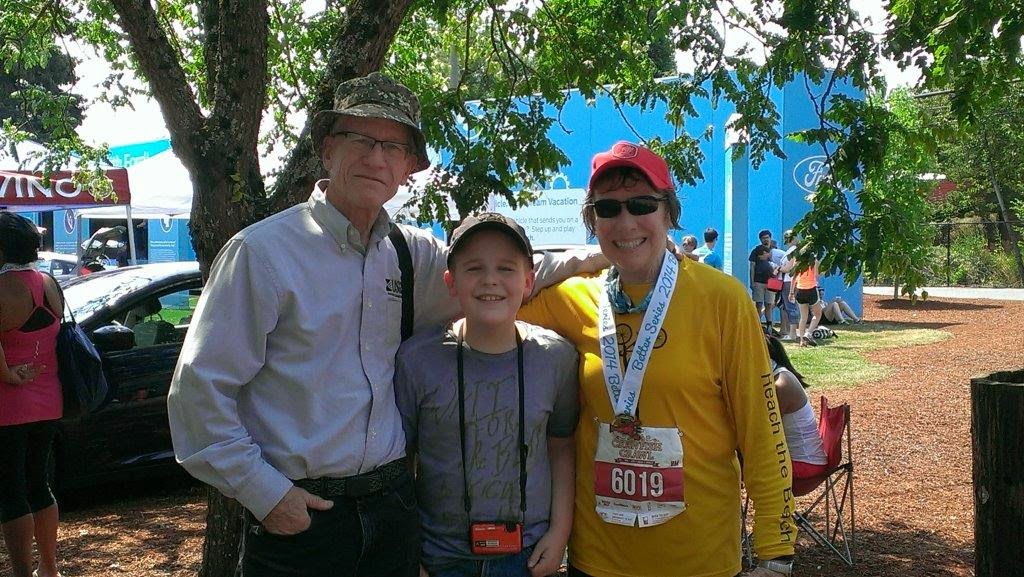 I couldn't quit early, though I was tempted to several times, because Caleb told me as I was starting out, "If you finish this race today, I'll be so proud of you."

And so I finished it.I'll post more photos later.